150,000 Without Power as Winter Storm Dumps Snow Across Texas and the South 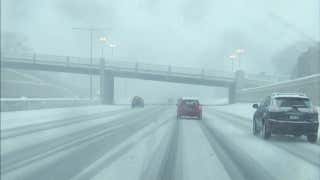 A winter storm moving across the Deep South left more than 150,000 homes and businesses without electricity Monday morning.

More than 100,000 of those customers were in Texas, where Winter Storm Lana dumped half a foot or more of snow in some places. Another 47,600 outages were reported in Louisiana, according to poweroutage.us.

The roof of a home in Tyler, Texas, was damaged when the heavy, wet snow caused a large tree to topple over Sunday night, KLTV reported. Three people were in the home, but no one was injured. The falling tree also damaged two cars in the driveway.

SPONSORED: Save up to 48% on pet supplies at Monster

Interstates 49 and 220 near Shreveport, Louisiana, remained closed Monday morning because of the weather conditions, according to the state Transportation Department. Several other state highways also shut down because of icy conditions.

Louisiana officials closed state government offices in 29 western and northern parishes because of the storm, the Advocate reported.

Road crews were out in Jackson, Mississippi, treating icy bridges early Monday. Warnings of icy road conditions were posted from Hinds County to the Tennessee and Alabama state lines.

The storm was affecting some roads in north and north-central Alabama, AL.com reported.