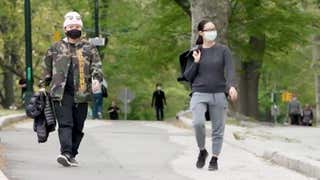 As the rollout of the COVID-19 vaccine in the United States continues at a slower pace than originally hoped, a tracking tool launched by the U.S. Centers for Disease Control and Prevention is counting how many doses have been shipped and how many people have been given their first shot.

The numbers as of Monday: More than 15 million doses shipped, and just over 4.5 million shots given.

Federal officials had projected that 20 million would be vaccinated by the end of 2020.

The CDC says the gap in numbers between doses distributed and those administered – or initiated, as the agency calls them – shouldn't be a surprise.

"A large difference between the number of doses distributed and the number of people initiating vaccination is expected at this point in the COVID vaccination program due to several factors, including delays in reporting of administered doses and management of available vaccine stocks by jurisdictions and federal pharmacy partners," the CDC said on the vaccine tracker website.

(WATCH: How Soon Can You Visit Loved Ones Who’ve Been Vaccinated?)

The tracker, part of the CDC's overall online data center for COVID-19, also includes the number of doses administered under a federal program to vaccinate residents and staff of long-term care facilities, which CDC guidelines say should be a top priority.

Those interested in more localized data can click on the tracker's map to see numbers for individual states and territories. As of Monday, Maine, Vermont, Connecticut, Washington D.C., West Virginia, Tennessee, South Dakota, North Dakota and Montana had the highest rates of vaccinations per capita, with at least 2,000 shots administered per 100,000 people.

Of those, Montana ranked the highest with 3,042 per 100,000 people having received their first dose.

Kansas had the lowest rate with 690 per 100,000 people. Arizona, Mississippi, Alabama, Georgia, North Carolina and Michigan also ranked toward the bottom.

Those numbers are provided by state, local and territorial public health agencies, according to the CDC.

Four federal entities – the Bureau of Prisons, Department of Defense, Veterans Health Administration and Indian Health Services – are included in the tracker as well.

The page went live on Dec. 20 and data is cumulative since Dec. 14, CDC spokesperson Kristen Nordlund told weather.com in an email Tuesday.

"Initially, COVID-19 vaccine doses distributed and administered was what was available, but we’ve expanded that data to include jurisdictional breakdowns and data from long-term care facilities," said Nordlund. "We intend to add to the data we have online as time goes on."

The numbers are expected to be updated each Monday, Wednesday and Friday.

Nearly 21 million people in the U.S. have contracted COVID-19 and more than 354,000 have died since the start of the pandemic early last year, according to statistics kept by Johns Hopkins University. Cases in the U.S. account for almost one-quarter of the total reported worldwide.

For the latest coronavirus information in your county and a full list of important resources to help you make the smartest decisions regarding the disease, check out our dedicated COVID-19 page.