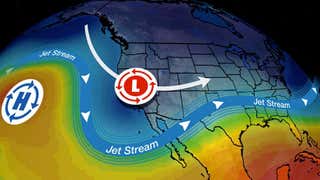 November ended and December started with a winter storm bringing wind-driven snowfall in the eastern Great Lakes and Appalachians.

This weather system was named Winter Storm Dane by The Weather Channel.

Parts of northern Ohio and northwest Pennsylvania picked up more than 10 inches of snow, including an estimated 22.5 inches near Painesville, Ohio and 20 inches at Edinboro, Pennsylvania.

The storm total for Cleveland was 10.1 inches. Some areas on the southeast side of Cleveland have had more than a half-foot of snowfall. Just over a foot of snow was measured near South Thompson, Ohio on Tuesday morning.

Snowfall was less near the immediate shore of Lake Erie as of early Tuesday.

Trees and powerlines have been downed by the heavy snow and strong winds to the east of Cleveland in Geauga County, Ohio, according to the Chardon Fire Department.

Generally, 1 to 4 inches of snow has been reported in Detroit, Pittsburgh, Columbus, Cincinnati and Charleston, West Virginia.

On the immediate Northeast coast, wind-driven rain knocked out power in some areas on Monday and Monday night. More than 100,000 homes and businesses were without power in Maine Tuesday morning, according to poweroutage.us.

On the storm's warm side, wind gusts over 50 mph were clocked from the Jersey shore to Long Island and eastern New England. Over 100,000 customers were without power in the Northeast due to the storm, according to PowerOutage.us.

Other severe thunderstorms downed numerous large trees in Woodlawn, Maryland, on the west side of the Baltimore metro area.

Some flooding was reported in a few spots from Virginia to New Jersey but appeared to be fairly localized.